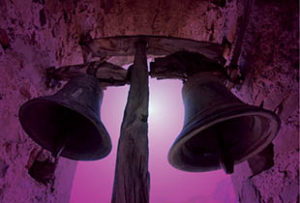 The combined forces rose to the challenge of Rachmaninoff’s choral symphony The Bells and the choral version of Borodin’s Polovtsian Dances. The evening opened with a fine performance, under this year’s Festival conductor John Gibbons, of the rarely-heard Shostakovich tone poem October and concluded with a “magnificent’ rendering by choirs and orchestra of Tchaikovsky’s 1812 Overture.