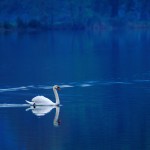 St Albans Symphony Orchestra (SASO) is preparing to detonate a fizzing mixture of musical fireworks to welcome New Year on Monday January 2nd at the Abbey (7pm). The bank holiday date may be unusual – a consequence of New Year’s Day falling on a Sunday – but the programme will be packed as ever with a combination of favourite classics and show-stopping surprises.

Traditionalists can look forward to characteristic dances and other excerpts from Tchaikovsky’s first, great ballet score, Swan Lake, and to Tales from the Vienna Woods – among the most popular of the many symphonic waltzes composed by Johann Strauss II.

The orchestra under its new principal conductor, Tom Hammond, will also perform music in the Viennese style from Der Rosenkavalier, the most popular opera by the (unrelated) German composer Richard Strauss. The orchestral suite brings together the opera’s affectionately-crafted waltzes with transcriptions of celebrated scenes including the ‘presentation of the rose’ and beautiful last-act trio.

No less exciting, although less often heard, will be the Konzertstück for Four Horns and Orchestra by Robert Schumann. In effect a concerto for four horns, it was written as a bravura showpiece to take advantage of newly-invented valve horns whose versatility allowed the composer to pursue all manner of harmonic twists and turns.

Fearsome technical demands, especially in the top horn part, and the requirement for four skilled players help explain its relative neglect. However, the quartet on 2nd January will be led by Pip Eastop, one of Britain’s foremost horn players, who has not only performed as soloist and guest player with all of London’s major orchestras, but also held professorships at both the Royal College and the Royal Academy of Music. The other soloists will be Martin Childs, Alex Wide and SASO’s own principal horn player, Stephen Orriss.

In more winsome style, SASO’s leader Jenny Wigram will feature as the violin soloist in music written by British composer Nigel Hess for the 2004 film Ladies in Lavender. The orchestra will also be strutting its Latin stuff with the ‘Gypsy Tango’ Jalousie whose melodies will be familiar to many in the audience, even if they are unaware that the composer, Jacob Gade, was Danish.