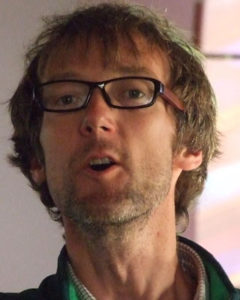 Herts Advertiser critic John Manning heard the orchestra ‘at the top of its form’ in a spring programme of English classics.

Between them Ralph Vaughan Williams and Edward Elgar are the two finest English composers from the 20th century and any concert featuring the music of both becomes a must for many concert-goers.It proved just that for the St Albans Symphony Orchestra for its concert at St Saviour’s Church when the programme consisted of three of their most popular works.
Under guest conductor Bill Carslake, the orchestra opened with Vaughan Williams’ exciting Wasps overture, the only regularly performed remnant of the incidental music the composer produced in 1909 for a production of Aristophanes’ comedy The Wasps.It was followed by Vaughan Williams’ Fantasia on a Theme by Thomas Tallis, which is surely one of his most popular works. Full of beautiful music with excellent parts for solo musicians, the fantasia has a quintessentially English charm so familiar In much of Vaughan’s music. The orchestra’s performance of both works showed the musicians working at the top of their form. Elgar’s First Symphony, which made up the second half of the evening, is an exact contemporary of the Vaughan Williams works and from its premier in Manchester in 1908 has always been seen as a masterpiece. Although there are no great and memorable melodies, the symphony is a work packed with emotion, beauty and excitement. Its first movement is sweeping and evocative while the scherzo from the second movement could have come directly from a modern score for a film such as Star Wars.The following slow movement is a thing of great beauty while the final movement neatly wrapped up this excellent work.Once more the orchestra produced a very fine performance for the work which, by its sheer scale, puts the instrumentalists under considerable pressure.
They reacted well to Bill Carslake who, as a trustee of the Elgar Foundation, must be considered something of an expert in the field. In all the evening was a huge success for the orchestra and one of the largest audiences it has seen at St Saviour’s for some time.”