Geoff Ward, writing in the Herts Advertiser, suggests that SASO has “improved immeasurably under their dynamic conductor, Bjorn Bantock” 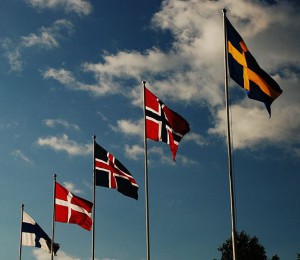 St Albans Symphony Orchestra presented an all-Scandinavian programme in celebration of the 150th anniversary of the births of Jean Sibelius and Carl Nielsen at St Saviour’s Church.

The concert began with the popular Karelia Suite, which was Sibelius’s first commission for nationalist music. This was a very satisfying performance, especially by the brass section. There was a nice cor anglais solo by Mike Brien in the Ballade movement.

I have a problem with Edvard Grieg’s Piano Concerto. Being just about the most popular in the repertoire, it is somewhat over-exposed; however, this was as fresh a performance as I could wish for.Pianist Robert Thompson gave an extremely competent performance, with deft touch in the soft filigree sections and a skilful rendition of the concluding cadenza of the first movement and the muscular end to the final allegro movement. The orchestra provided excellent back-up, and the overall blend was good.

I am a great Carl Nielsen fan; his style is almost instantly recognisable, being truly distinctive. His Symphony no.3 is not called Sinfonia espansiva for nothing; its title is taken from the Allegro espansivo tempo marking of the first movement. The Andante pastorale provides a complete contrast to the two huge outer movements. The overall ensemble of the orchestra was very good for what is a colossal work, requiring great energy from all performers.

In recent years SASO seem to have improved immeasurably under their dynamic conductor, Bjorn Bantock. There was a little raggedness and a few issues of intonation at times but they did not detract from my overall enjoyment.